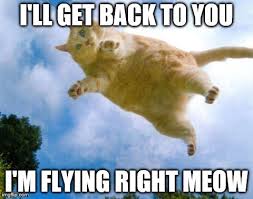 This week was my first week teaching all the subjects alone in fourth grade. It wasn't nearly as overwhelming as I thought it might be when I was thinking about what it would be like. It's not as if I haven't taught before. In fact, teaching a class of 25 typical students is a piece of cake compared to teaching a dozen or so kids with autism and ADD/ADHD or other behavior issues as I did at my cottage school for six years. 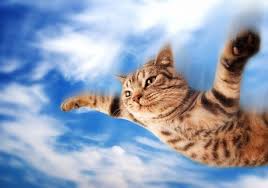 The week started out with a mock election that the school held. The school I'm in is 4th - 6th grade. The student council ran the election. The students went to the library and they voted in study corals on a computer. There were students who conducted exit polls. It was really set up very well and was very much like it is to vote in real life. 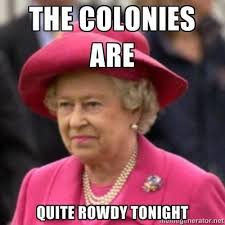 As soon as the students arrived that day, they started to break my heart. One student who is very tender-hearted and has autism, approached me in tears. "I don't want Donald Trump to win. If Donald Trump wins my mom says there'll be World War III and then my uncle has to go to that war and he'll be killed."

My grandma instincts kicked in and before I could think, I hugged him and said, "That's just not going to happen. Don't you worry about that. He doesn't have the power to do that."

Why do people talk about such things with kids? Is there no sense any more that childhood should be a time of carefree innocence for at least a little while? Why do we dump the cares of the world on developing minds? 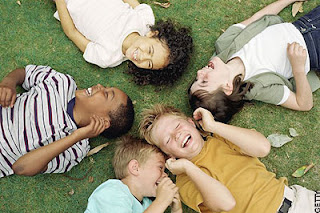 Another student in the class was going desk to desk campaigning for Trump and asking everyone about who they were going to vote for that day. So, in light of those things, I talked to the students during the morning announcements and informed them of their right to keep their vote private. That no one had the right to know who they voted for. Their vote was their secret if they wanted to keep it.

I also told them to vote for their choice, not a choice someone else wanted them to make.

I was tickled pink when most of the students left the voting booth and declined to answer the exit poll! And then, I had to giggle when one of the students wanted to answer but turned to me and said, "what's that lady's name again who ran for president?" 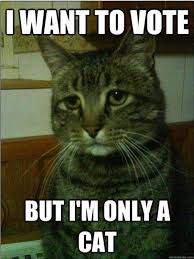 Not surprisingly, because this is a red county, Trump won the school election that day. But no one in my class over-celebrated or rubbed it in. I kept emphasizing from the beginning of the day that no matter who won the election, in the end, we were all Americans. We were to live in peace with one another. And I was very proud that my class did just that.

The week ended on a pretty exciting note, too. We had a Pioneer Day afternoon on Friday. Here are some of the amazing photos from that event: 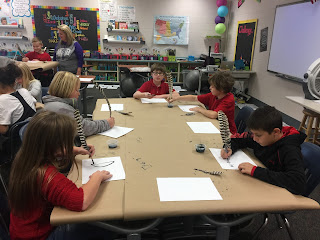 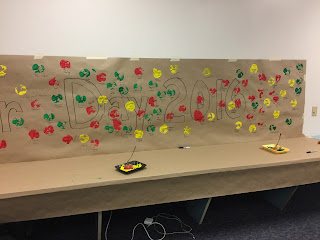 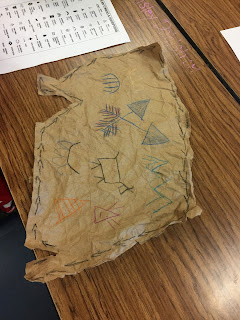 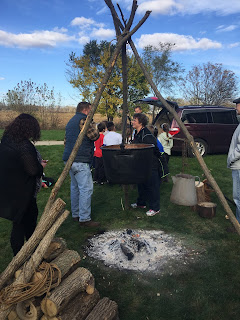 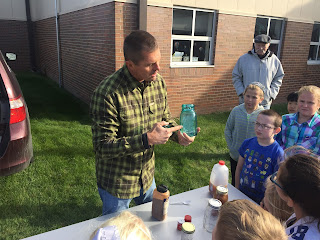 The 4th grade teachers each had a station. My station was the "writing with a quill pen" station. I taught the same lesson every 15 minutes from 11:30-2:00. That's ten times! I learned I don't want to be a museum tour guide. At least not one that has to say the same thing over again every 15 minutes! (Yes, that's me below in the black and white poncho...) 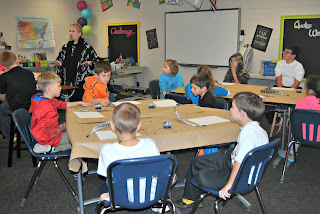 Here are a few more pictures from that afternoon: 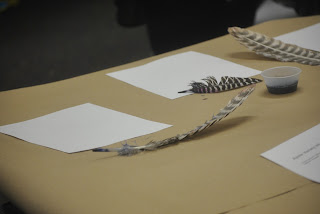 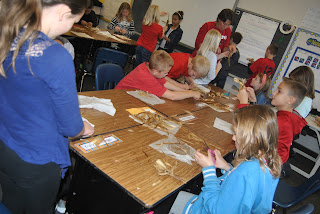 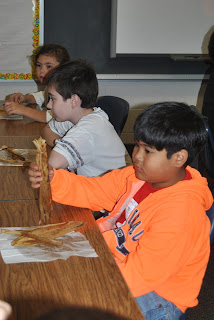 That morning we had an assembly to honor Veterans and I was impressed how well the students paid attention to the speakers because it wasn't really an assembly geared toward keeping kids' attentions. I was proud of them! The 4th grade spelled out USA on the gym floor. Different classes wore different colors of the flag. Our class wore blue. I don't have a picture of that but if I get one I'll post it here.

The thing that impressed me the most about this past week was how the 4th grade teachers at this school collaborate so well together. Everyone pulls their own weight. Everyone is generous with resources and time. And they genuinely want to see kids succeed. I like that a lot. I hope someday I can work in the same type of enviroment. It makes all the difference in the world for the students.
at November 12, 2016 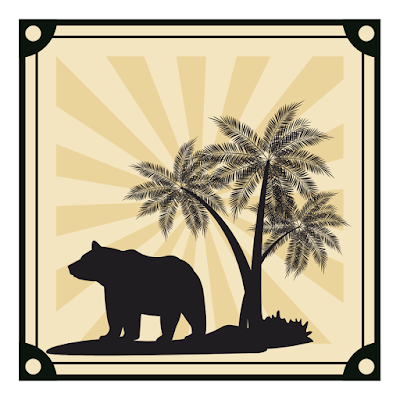